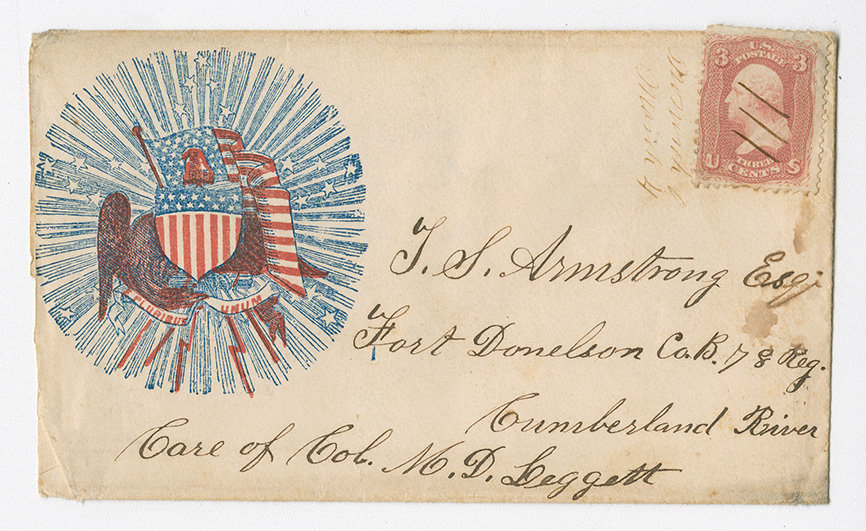 The Paula B. and Thomas W. Harvey Collection of Civil War Letters

The Paula B. and Thomas W. Harvey Collection of Civil War Letters consists of 240 handwritten letters, the bulk of which were authored by former Ohio Wesleyan University student Thomas Sumption Armstrong (1835-1909) and George Washington Porter (1838-1888). The collection also includes three diaries kept by Thomas Armstrong in 1865, soldiers' letters printed in local newspapers, and several other primary documents concerning the principal authors contained herein. The letters in the collection, largely correspondence between family members and close friends, detail the personal narratives of several men who enlisted and fought for the Union during the Civil War (1861-1865) as well as the lives of the relatives who carried on in their absence. While enlisted, Thomas, George, and other soldiers represented in the collection wrote home frequently, describing the realities of military life, combat engagements in which they were involved, local communities they encountered on their travels, and news and rumors that reached them at camp. Their letters provide insight into the elements of daily life that preoccupied Union soldiers and the conditions in which they were required to live for months and years on end. Early letters in the collection also offer a unique account of student life on Ohio Wesleyan's campus, where Thomas was a student in the Preparatory Department from 1859-1860.

The Armstrong and Porter families originally settled on farmlands in Muskingum County, Ohio outside Zanesville. Their members maintained regular communication with each other. The primary connection was between Thomas and George's sister, Francis 'Frank' Pamela Porter (1840-1882). The two wrote affectionately to one another as early as 1859. At the outset of the war, Thomas, George, and Thomas's younger brother Wilbur Fisk (1841-1862) enlisted with the same regiment, the 78th Ohio Volunteer Infantry, organized in Fultonham. Letters home from each during their time together in the 78th often mention each other in close detail. In late 1862, the Porter family relocated to Clinton in DeWitt County, Illinois, and continued to support themselves through farming. Thomas and Francis married in 1866, sustaining the bond between the families. Francis collected much of the correspondence she received from Thomas, George, and other authors represented here during the Civil War period. While her own letters do not appear in the collection, it is primarily through her dutiful safekeeping that the narrative these writings constitute has survived.

The Harvey Collection was donated to the OWU Libraries Special Collections Department in 2016 by Paula B. and Thomas W. Harvey. Dr. Thomas Harvey, is the great grandson of Thomas S. Armstrong and Francis Porter and great grandnephew of George W. Porter.

This digital collection was published in 2017.

The Diaries of Thomas Sumption Armstrong